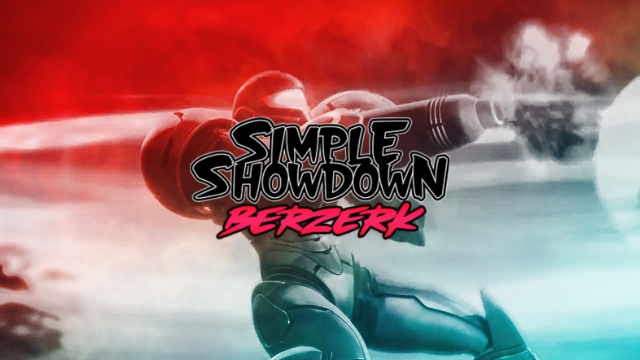 Hello! My name is Alexander Rose, I am a 32-year-old diabetic student from London.

My whole life I have always wanted to be a part of greatness and create a brand that everyone can enjoy and build a significant amount of love for.

Realising that I wasn’t achieving this status in my life at 28 years of age, I decided to quit my career within the rail industry to pursue a Concept I believed in which is Simple Showdown.

What is a simple showdown?

Simple Showdown started off in 2013 as a fun way to play video games competitively between friends in a one-on-one setting. It would be video recorded to be saved for memories to be laughed at and cherished at a later date. Being BIG wrestling fans, we wanted to incorporate their framework into our videos too. This included something we like to call a ‘promo’ where the on-screen talents embody a persona/character and speak to the audience in character embodying an aura that people can choose to get behind and support, or completely hate and decide to support their rival.

What sets It apart from the wrestling framework is that the end results in the competitive gaming segment of the video are that the winner is determined by the legitimate result instead of created by a decision decided by the creative decisions of a company like WWE.

Why is it important to my brand and me?

Besides being a big wrestling fan, I have been a big gamer from a young age and have dreamt of days when gaming is respected and seen as a prime form of entertainment. Over the years (Circa 2013 – 2018) the landscape of gaming changed. With the introduction of twitch and youtube gaming platforms which allows gamers to broadcast and upload videos to an audience, gaming as entertainment grew and times changed. With my love for content creation & gaming, I had to adapt to the times and incorporate these platforms into my plans for greatness.

As inspiring as all these platforms were, connecting me with other content creators and finding others I could relate to, I have never found anyone else with the same idea/concept as Simple Showdown. I wanted this platform to exist.

With the help of my friends and learning and teaching myself the skills, I made this reality by creating videos for youtube that put these plans to work. Working long and hard with what we had, being a budget 1 man production crew with a dream I did what I  could and created over 20 videos putting this concept to work, I believe I did a great job, but I noticed 2 problems which would arise from each rendition of simple showdown that was released. We struggled to gain an audience to watch our videos, there was no one searching for content like ours so there was no demand for it. Those involved were afraid to make content and did not want to stand in front of the camera, afraid to have a presence that people would connect with and cling on to making it a hard product to really understand and want to want to be a part of, ultimately not ever gaining a community.

After a few years, time passed and the friends who supported and worked with me went off to do their own thing, leaving me with an unfulfilled passion that had not reached its potential. Noticing this, and unhappy with how life was at the time, I decided to leave my career and home and join university to explore this concept further, hopefully meeting new people along the way which leads us to where we are now. I have spent the first years of the university building up a following on various platforms such as Twitter, Twitch and YouTube that could help the next simple showdown have some eyes laid on it. I studied media production and Advertising at university to understand the industry to better myself for the next release of a simple showdown. During this time, I met a set of new content creator friends who all joined all these platforms during the lockdown shortly after COVID arrived. Sadly I noticed that all these creators treated content creation as a pastime rather than a passion, surrounding me with people who weren’t taking the overall process of being a content creator as a serious venture quite like me.

I knew there were some who had the passion and I wanted to set off to find them and work with them. I decided to rebrand the Simple Showdown brand to become one that brings content creators together that can create a fun platform that allows an audience to interact and support their favourite content creators, deviating from the framework that focuses on friends being the main focus. The aim is to: The main objective of SIMPLE SHOWDOWN is to showcase the talents, entertainment value and competitiveness of each creator whilst bringing both creators’ fan bases together to grow.

After being surrounded by various different content creators I sprung the idea of simple showdown with two content creator friends I had an eye on. First is CM GMR who is a content creator who suffers from arthrogryposis. Arthrogryposis Multiplex Congenita (AMC) is a term used to describe over 300 conditions that cause multiple curved joints in areas of the body at birth. It varies from person to person with the commonality being stiff joints and muscle weakness. I wanted to highlight how strong he was despite having this condition. The other Content creator was a fiery competitive guy from Birmingham called Dr Kionix who is known to not back down to any challenge.

I had other content creators in mind, but these two were prominent in the creator circles I was in and I did not want to rely on people that were hard to get ahold of as the others proved to be.

I wanted this to be a full-fledged online event campaign that incorporates social media and online updates like how WWE does with its promotional material.

These two content creators agreed to face each other, creating promotional material that expresses their content creation talents and skills. Starting off in February it took them 5 months to finally face off, but one of them pulled out last minute being replaced with another content creator called Ultra Riku. The final Simple showdown show entitled ‘Simple Showdown Berzerk’ was released on the 10th of July 2022.

WEAKNESSES OF THE CAMPAIGN

STRENGTHS AND THINGS TO BE PROUD OF

Coming up with an event and deadline calendar is important to stay on track to getting the job done as contingency plans can be put in place if someone is not pulling their weight.

If I was to do another simple showdown I would seek funding and support to ensure the project is well looked after, as well as see if I can take on a team that is passionate about contributing to the project and who can embody roles that can hopefully secure jobs in the future when the idea becomes successful.

This project was successful and disappointing in its own ways. Overall I am proud of its visuals and direction, highlighting and putting forth talented content creators for those who are interested to see but disappointed that we could not create and maintain the hype for the project within a great timescale. I believe I have learned how to address and maintain a project of this calibre now and will aim to work smarter and more efficient with content creators or companies in the future by incorporating timeline and structure. This project was fun and stressful but has shown me it was not unachievable and I’m very proud of my work and everyone involved.