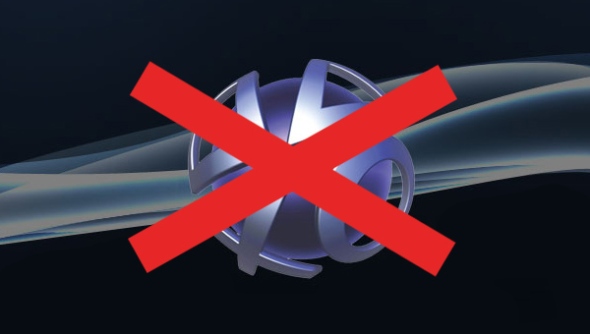 A little heads up about the PlayStation UK online store and network you should be aware of.

Hello all.
I would like to share with you all a trail i am going through with sony at the moment. I am professional game journalist with my own website and company with full confidence in my knowledge of all gaming systems. I own a PS1, PS2, PS3. PS Vita & PS4. I have been using all of these consoles for half of my life and have full love for all of them.

Now i would like to tell you all what happened to myself recently. I have loved buying products from the ps store since buying a PS3. I know how to use the store with my eyes closed. I have previously brought brought the ps3 to ps4 upgrade for COD Ghosts on the ps4 launch day. That is a key factory to this post. After many disconnects from the network and troubles with playing call of duty all day i decided to browse to the store to see if the new ps+ games had been released, Not yet but i decided to try out Zen pinball 2 on the store since it was free. I downloaded it no problems. Now, i open the game up to try it out and it had this ridiculous system where in order to try out the certain add-ons for the game i had to download a ingame demo from the MINI-INGAME-STORE. I saw no problem with this, so a box came up confirming if i would like to purchase the demo add-on for £0.00, after this pointless screen, it downloaded, and allowed me to play the demo. Impressed with the game i tried out various different demos that were apart of this Zen pinball game. So after the 4th demo i downloaded, i attempted to do the same with the zen pinball doctor strange demo add-on. I press to download the demo which brought up the MINI-INGAME-STORE once again. I press confirm and it loads the process, for me to realise that It had said wallet funding would be £54.99 and game would be £54.99. Shocked by this i aborted it instantly. Shook my head in disbelief and said no that could not have happened. Anyway leaving it i decided to try to download this add-on again. Which was successful this time. But i had to double check if i had been charged for the random error. I goto my transaction history to see that i had indeed been charged and it was for the purchase of COD Ghosts a game I already own.

Now obviously in my anger and confusion i call up sony UK PSN support to find out what had happened, and ask for a refund. I get through to a guy called David. I explain to him the error and what had happened. Although trying to be helpful told me there was nothing that i could do even explained that he had the same problem himself with PSN and Amazon. He also explained that I might have had call of duty ghosts in my cart at the time i went to confirm the download of the Addon, But if that was the case I would have been charged at the same times i had downloaded the first of the 4 addons. I explained to him that i already own COD ghosts before hand would have no need for the digital version of the game as i already own the disc. He explained there was nothing that he could do. Unhappy with this I requested A manager. David said this is fine but I will be told the same thing by the manager. I explained very calmly that I would still need to speak to a manager. He then said there is no manager around as they are all in a meeting right now. I said this is important so could he please grab one for me, he declined saying he is keeping an eye out but doesn’t see one at the moment. I said ill hold. He said this is fine but insisted that the answer would be the same from them. I then explained that that response would be unfair as it was an error inside of their program. He then explained that no one else has had this problem so its not a known problem and he had this ‘You maybe lying’ attitude. I still continue to hold whilst trying to keep a hold of my anger. He then says he’s going to pop his head in the meeting to see he can pull a manager out to speak to me and puts me on hold. he comes back 3 minute later saying that they refuse to come to the phone as they would be wasting their time to tell me the same thing. At this point i blew my lid. David did say if i would like to speak to a manager could call back later (it was already around 5 – 6pm when i called) or i could call back tomorrow. Then in order to calm down i accepted and came off the phone to jump onto my bank to sort out blocking the payment as it is now pending.
I was told to call back the bank during open hours for the fraud team to deal with it. I slept on it and thought i would try to sort it out with sony again. I called up again to speak to a guy who sounds a lot like David by the name of another generic name. I immediately asked for a manager. He told me I can speak to manager but i would have to speak to him first about my situation. Frustrated already i told him i would not like to explain myself again but i told him anyway. He then said that sadly there will be nothing that i can do about it. I said that it is not fair as it was a problem on their systems behalf and he said that it is not their fault at all. Getting frustrated i said i would like to speak to a manager and no one else please. He then explains that all the managers are busy with other calls at the moment as there are other people in line first to speak to them. I said i will wait, then i was suggested to allow them to call me back, i said i would rather not, and i would hold, he insisted again, and he said thats all they can offer if I would like to speak to the manager, I then said okay when will this be.. He said later on today or tomorrow asking for a good time to call. I asked why i wasn’t offered this option yesterday and he tells me he dunno.
I also asked if i was to cancel the payment from coming out of my account with my bank what will happen to my PSN account where i have brought various games for my vita, ps3 ande ps4. He told me that my PSN account will be banned and so will any consoles associated with it.
I laugh in anger give him my contact details and come off the phone.

I am sorry, I am displease with the effort and service from the support team along with thier attitude and terms of service. I have worked in customer service for 8 years and i know that this is unacceptable. I am not a stupid customer that can be brushed off and I will fight this fully. I feel like i have been bullied into keeping a product i already have brought from the same company. Banning the consoles and account is unfair as I will loose everything I already spent money on resulting in me loosing over £1000+ worth of stuff for an error with thier Store/Game. Being the last of my funds until the end of the month i am now rendered broke. Working with media firms i will let this be known until it is sorted.

After making Playstation my full time gaming choice out of the console wars and writing many posts for websites including my own promoting Sony’s practice, this will force me to make a change of opinion i will definitely promote away from the company in the future.

Thank you for reading and please share with friends for their heads up.

Please advise me of any steps i can take if possible.